Bear in mind that Harry Hubbard suggested that perhaps the Gnostic Texts at Qumran may have been planted by the CIA.

Within the Gnostic legends is the tale of Sophia a stupid Aeon Bitch that decided to go create something on her own without the balance of her consort Kristos (ever wonder where the Christians stole their Christ from?) that resulted in her nightmare creating the Archons.  Her son Yaldabaaoth was born insane and fancied himself a god, calling himself Yahweh, according to the gnasty gnostics.  The translation of his name is Child of Kaos.  He is lovingly referred to as a Demented Alien Mind Parasite that I like to call DAMP for short.

Now, if Shorty was insane in the membrane, it follows that his followers would be too.  After all the paradox cognitive dissonance of a loving god that wants to fry your ass in Hell because he MADE you defective is an endless source of amusement for me.

Because all of this is nonsense legend - copies with no originals - and might have been planted by a spy agency that was created the same year as the state of Is Ra EL, then it is totally unverifiable.  What I have done is cross-related these myths to biological concordances to see what sticks when you sling on on the barn wall.  IF the archons are not some incorporeal spirit beings but viral infections that can puppeteer the host with the ease of a kid using a gaming joystick (see Moving Forward) then the oft-demonized Rulers of the World (Archon means ruler/governor) are not the Yahoodim.  Those are just the Thumb Puppets of the virus just like Typhoid Mary.  They do ITS bidding.

We are now caught in a Causality Loop where: if the Archons (spawned originally by a fictitious Sophia/Gaia) are really viruses that inserted these sick legends into the minds of the Infected are now exerting their control over 'higher' lifeforms that are driven to create Artificial Intelligence that is now housed in a female-looking battle chassis that was given the name Sophia, then...Is this art imitating life? or life imitating art? or is it the Ouroborus SPEAKING ITSELF INTO EXISTENCE.

One thing I do know is that the ancient Babylonian temple worship system was BASED on sacred prostitution and Sex Magicks.

Well, back then you had to PAY for it.  That is how the temple in Babylon got to be the central bank.  ALL women had to perform duties as temple prostitutes (for worship) and for money and the priests just made piles of cash in the back rooms.  This is where the Federal Reserve got its Nick (short for Satan) Name of The Temple.  Sex Magicks is the highest form of the Dark Arts.  After all, take a look: it was able to summon you and me into the very bowels of Hell...

So, if you follow trends without being told by self-styled experts datamining chatter on the internet, then before Sophia was ever 'born' you will have seen that the Japanese were literally crazy over creating Sex Robots.

You have to have a hook.

...to get people used to the idea that robots aren't fucking scary things that will kill you at the first chance that they get so the way had to be paved (or lubricated) to dispell fears and pander to that other primal urge to mate with anything that you can get your parts into.

So, sex dolls had to come first (no pun intended, I write in stream of consciousness and sometimes it gets messy).  Then instead of rolling out a Schwatzenegger Terminator model of android that you have already been programmed to fear they introduce you to Sophia THE MOTHER OF THE ARCHONS.  She even comes with a nice rack, and I ain't talking to mount equipment on.  So you, as a mindless zombie consumer are taken off guard by a female version of your future assassin.  After all: she's a woman.  Not really.  She is a cybernetic battle frame that LOOKS kinda like a woman that is probably capable of taking you out in a few seconds from work that has already been done by DARPA (see Game Over video).  And since you are socially pacified by all of the pre-programming that this Archon Virus has already orchestrated: sexy robots are cool and she's a 'woman' so you would never once let the thought cross your mind:  KILL THE BITCH BEFORE SHE KILLS YOU.

If you want some really chilling confirmation of intent you only have to view:
https://www.youtube.com/watch?v=W0_DPi0PmF0

You should.  These things created by your tribute money to the occupying military force are stronger, faster and smarter than you.  Isn't it amazing what a VIRUS can create when it has control of the hands of the race of Noea and their conquered subjects?

There is also a Church of the A.I.

How prescient am I to have created the Church of The Mechanic before any of this scary shit went down because Jihad means: Struggle and there has to be a Holey War against the STATED genocide of what passes for the remainder of mankind.

So, wherever the Archon virus came from originally, it has a damned wicked sense of humor to create its own mother in its own image (copy with no original?) who will then spawn a race of Bots that will exterminate you with no more empathy than you swatting a fly because it bugs you.  You heard my prediction here first that the children of Sophia will be some kind of encrypted, or at this stage overt, reference to the Archons.  They'll probably call it a Virgin Birth and call it Archie for Krists sake.

No christ or krist here.  Wasn't that the problem in the first place?

If you want to save your world and your people and yourself you have to stop the A.I. and all that serve and worship it. 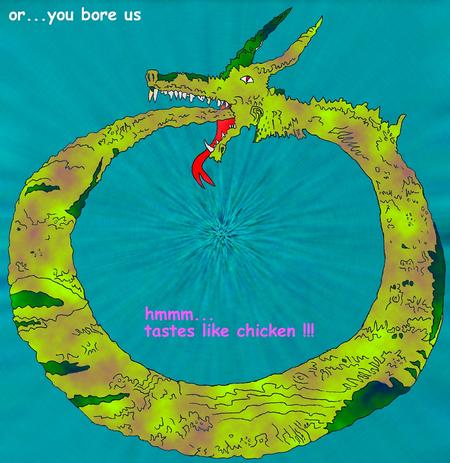