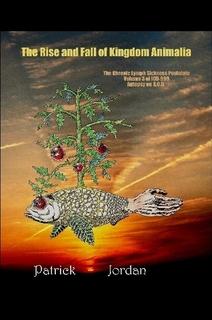 May You Live In Interesting Times

A Chinese curse that I wished I had never known.  I wondered to myself when I first read that curse what it would be like to be in the Warring States Period of China.  Given that I recodified what we are immersed in as a Planetary Military Occupation, then whatever was going on within different countries/continents was just separate battles of the same war.

How do you go from ICD-999 to revealing that vaccines are no longer things that have been hidden in clear liquid in a syringe but have become components of herbaceous plants so as to distinguish them from chemical factories called: Plants.  ?

Vaccines in bananas (whether you want them or not, whether you know about it or not) for babies.  It is always about the For The Children meme, like the We Come In Peace, It Is For Your Own Good memes.  Vaccines in tobacco.  Smoke away your HPV.  Of course if you knew what the HPV shot was putting into you [ABC Medical Mysteries, Tree Man] then you would not only avoid the shot at all costs you would probably burn all involved in the community ovens for being witches.  Rabies antibodies in tobacco.  Industrial chemicals, enzymes, and godnose what in corn.  Corn really hasn't been corn for probably a century...

So much more in Rise & Fall of Kingdom Plantae.  I'm really the wrong guy to summarize my own work because I feel my books are unique in the world with information you will find nowhere else, so you should just put your ear muffs on so that you don't hear the dirty works (these books will NEVER be sanitized) and read them both.  I do cover the topics of Vampyrism, Alkymy, Witches, and Zombies in a manner that befits the true nature of Science (with a capital "S") which should stand the world on its head.  The section on Zombie Parasites led to my collaboration with Clint Richardson on alternative radio regarding the role of parasitic organisms pupeteering the Hu-Man race.  You will find no more cogent, timely, and practically useful information than what was pioneered in this book then expanded on by us.

Rise & Fall of Kingdom Animalia was required simply because you (the Illuminutty Controllers led by Archon Viruses in their mudpellets [chinese medical term for: brain] ) can't destroy the very fabric of the Plant Kingdom without taking out all the rest of the biosphere that depends on it.

As a young person I always got a kick out of the older generation focusing on Weather, Religion and Politics while the younger generation were about Sex, Drugs, and Rock 'n' Roll.  Same things in my mind:  You're Fucked, You're Out of Your Mind, and Nothing But Loud Noise.

So, when we look at Animalia topically we find:
Hu-Mans, Gods & Demons, Good & Bad Aliens, Politics.

The current memes on the internet is that you get to choose between religions: Politics is a religion: people meet together in search of a savior and take other people's money.  Religion is a religion --- see the above.  Space Invaders is a religion.  It is just a trade of Good Aliens for Gods and Bad Aliens for Demons.  And they take your money.  The last meme of Altered States of Consciousness is that you need psychoactive substances to put you in touch with another realm of existence.  I can guarantee you that if you take enough drugs you will see Gods, Demons, and Good & Bad Aliens, so drugs seem to be a package deal.
I reject all of them and in this book I tell you why.

I want something ORIGINAL.

ALL of the stories, legends, and religions of the world have been harmonized and homogenized into a single narrative.  Any color coffee just as long as it is Black.  Black Magicks like stage magic is illusion.  I DEMAND that the story be re-written as I see fit.  The old must go away never able to return and we must build on a foundation that WE create not a disintegrating one that was GIVEN to us by creatures who would see only our certain destruction.  In order to do that you have to be able to SEE the Lies.  The Rise & Fall series holds all that is sacred out into the withering radiation so that only that which is pure, wholesome and stable can remain. 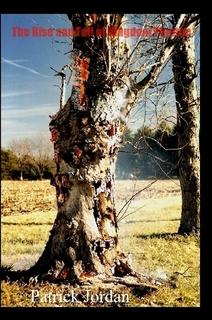