Eve's ILL has excerpts from ICD-999, Crookshank volume 1, my Rise and Fall series, Timeline and Assaulted.  In fact, if you wanted a single book that put together my Life's Work with the spoiler at the end, then this would be it.  You will also find a high quality version of Silent Weapons for Quiet Wars typeset, redrawn and formatted for single page flow.  Plus a look at Jenner's work on the Cuckoo explained as it has never been before!

After I finished Assaulted, Mass Medication by a Halogen you Never Suspected, I closed the book stating that there was nothing more to say.  It would all just be repetition.  Time for Action.  So, here is the repetition:
Eve's ILL will pick up where Assaulted left off asking the fundamental questions of:
Who Am I?
Where am I?
What am I doing here?
How did I get here?
Why am I here?
When will this Hell end?

Without addressing these questions or resolving them to acceptable answers, then existence in this Temporal Loop of a Dynamic String Tensor that is a Multiple Outcome Universe version of just about the worst Hell you can imagine is pointless.

So, regardless of my position that another book was redundant, the questions stand answerless, therefore I was compelled to write again.  I do have a solution postulate that is so radical that no one dared to think it let alone express it before…well…except for maybe the Mysteries Religion but then all evidence points to those bastards as collaborators in the mess that we are in.

Those answers come with the Admission Price of the book.

Or, should I say: books?
The printers had page limits.  I had composed an Owner's Manual For the Hu-man Body in the center of Eve's ILL.  It went over limit so I broke them into two books that will be offered as low as I can go because the unit cost of each discrete book is so high that we are both paying too much for a work that should have been a single volume.

As in all of my books there is harsh language equal to the Hell that we live in.

Protocol 3:16.  It is the bottomless rascality of the Goyim peoples, who crawl on their bellies to force, but are merciless towards weakness, unsparing to faults and indulgent to crimes, unwilling to bear the contradictions of a free social system but patient unto martyrdom under the violence of a bold despotism - it is those qualities which are aiding us to independence. From the premier-dictators of the present day, the Goyim peoples suffer patiently and bear such abuses as for the least of them they would have beheaded twenty kings.

To which I ask: Where is YOUR rage?

Answers to that and questions you never even thought to ask will be revealed by the most brutal deconstruction of what passes for Reality that I have ever made.  Relying on the faithful and selfless support of my email listmembers who can only be regarded as the finest most intelligent people on the planet, we whittle down the Matrix to its base code.  You need to read this book.  You need to understand this book.  You need to apply this book.  But what I will guarantee is that you are not going to like any of the answers.

Women are the True Power. 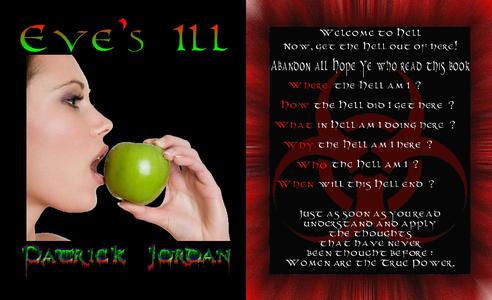