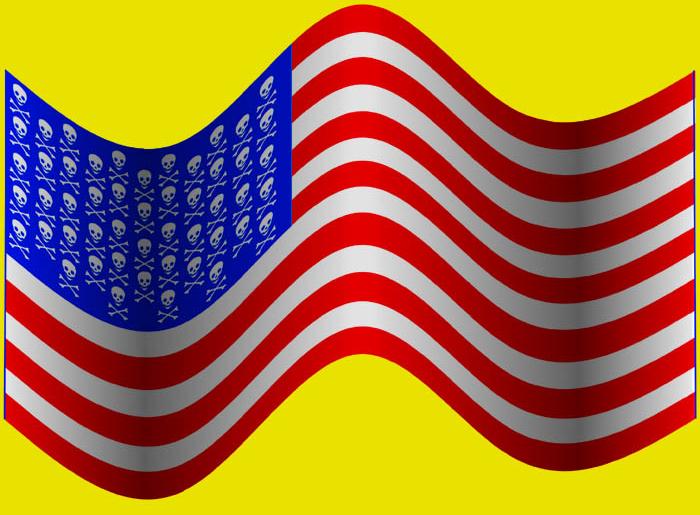 It is extremely important for everyone to vote because:

Due to Manifest Destiny and the Vatican's Doctrine of Discovery it is God's Will to cover the planet, rape it of its resources and commit genocide.

War is a Crime.

Right of Conquest is a claim based on war, which is a crime, resulting in Military Occupation.

It is perfectly fine to kidnap people, enslave them, use them to build an empire and then pretend to free them to look benevolent.  Create Land Patents (an INVENTION) so that you can then sell parcels of what you seized without really selling it because after all, the land was taken by force (crime) occupied (crime) parceled out and redistributed (crime) sold without selling it (crime) and then taxed (crime).  All of this is legal (crime) because those who built an unstoppable army (crime) on your tax dollars (crime) make the Rules (crime).  Rules are what 'laws' are called under military occupation.  They RULE over you.  None of this 'Sovereign' bullshit.  None of this Rights and Privileges bullshit.  A Right is that which is taken by Force and a Privilege is that which is GIVEN to you by someone more powerful than you.

Once established you can then exert by force your values on everyone claiming that they are the best that human society has to offer.  Call it a Democracy (Mob Rules) when it is defined as a Republic (Shills to replace the conquered).  Create a system wherein the Commander In Chief of the military is called The President, then by 1947 convert that office to an agency but keep the War Powers.  [This is why Native Americans can no longer negotiate their Treaties.  Treaties were entered into by the President that was an Officer in the origin of the USA.  Since the President is no longer an Officer but an Agent there is no entity with whom to negotiate.  In a carnival con game this is called hiding the magnetic pea under a walnut using your magnetic ring.]  Therefore, when the citizen slaves are induced to vote despite it being electors who appoint the new Commandant of the Prison Camp, everyone can feel like they participated and had a choice in continuing their own enslavement and imprisonment by selecting one of two insane choices of what inmate runs the assylum.

So by all means, get out there, give up your right to choose
https://www.youtube.com/watch?v=N6G2XwmszYE&feature=youtu.be

that are seen by The Elders as Impersonal Puppets, that by comparison, makes you lower than an animal.

It will make you feel good.

Get Out! The Vote.